Ecoquip 2: The Evolution Of Blasting Equipment

“Necessity is the mother of invention,” the old proverb tells us. Throughout the history of abrasive blasting technology, we see this happening time and time again, as the necessity to control exposure to respirable crystalline silica dust gives birth to innovation. 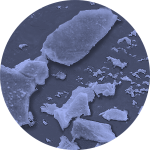 The History Of The Silica Ban And Wet Abrasive Blasting

The first country to ban silica sandblasting was Britain with the Factories Act, 1948, which led to Norman Ashworth’s invention of the first wet abrasive blasting cabinet. In 1966, the member states of the European Common Market (precursor to the European Union) followed suit, spurring another round of innovation, which produced the first mobile abrasive blaster.

In 1974, the United States was poised to adopt a ban on silica sand for abrasive blasting on the recommendation of the National Institute for Occupational Safety and Health (NIOSH), but as discussed in our article on the Silica Rule, political forces hampered adoption, and wet abrasive blasting technology failed to find a foothold in North America.

It wasn’t until the mid-1990’s when wet abrasive technologies found some success in North America, replacing water-injection nozzles and halo-ring nozzles in explosive-hazardous environments where only a fully-saturated particle could prevent static-electrical ‘cold sparks’.

“When I began selling wet abrasive blasters in 2007, awareness of the technology was zero, even among industry insiders,” said Wade Hannon, former sales manager for Geo-Blaster Inc., one of the leading manufacturers at the time. “In the last three to five years, however, that has changed and I’ve started to see this area gain traction beyond specialty applications. Various states and the EPA have made dust an issue,” Says Hannon, “And that’s when we began to see an uptick in sales and use in every day blasting.”

“Where employee exposures exceed the PEL (permissible exposure level) from abrasive blasting with silica sand, employers must implement wet blasting methods whenever such methods are feasible and would reduce exposures, even if implementing this control does not reduce exposures to or below the PEL.”

One of the chief drawbacks of current wet abrasive blasting technologies is that they waste too much abrasive and water. Not only is ‘slurry’ blasting inefficient, it creates the additional problem of containing, cleaning and disposing of a large volume of contaminated water – to say nothing of the visibility problems created by flying mud.

To offset this, companies like Graco are looking for new and more efficient ways to blast with water. For example, Graco’s EcoQuip 2 Vapor Abrasive Blast Equipment uses just enough water (usually around 0.5 to 1.0 qt/min) and abrasive to suppress the dust up to 92% (compared to dry blasting) and get the desired production rate.

Rather than blasting with a slurry of air, water, and abrasive media in an uncontrolled way or trying to inject water into a dry stream of high velocity media to suppress dust, the EcoQuip 2 vapor abrasive blasting system precisely injects moist abrasive into the blast stream. Like switching from a carburetor to fuel injection, the result is better performance and efficiency, with precise feedback and control mechanisms.

Precise Control Of Media And Pressure

“Having only water and abrasive in the pot under fixed pressure is really what gives you precision and control. Hydraulic pot pressure means you’re not adjusting air, which is compressible. The water pump draws water from a tank and pumps it through an adjustable needle valve and into the pot. As water goes in, something has to come out, which is your media-water mixture,” explains Eric Rennerfeldt, product manager for Graco’s EcoQuip Vapor Abrasive Blast Equipment. “This gives you very precise control of the media entering the blast air stream.”

Controlling water and abrasive by hydraulic means allowed Graco to implement a precise media consumption monitoring feature, called MediaTrak™, which takes the guesswork out of operations in the field. “With the MediaTrak monitoring feature, for a steel job you could set the pump to a number, say 15 cycles per minute. If the next week you’re doing a project on concrete and don’t want to be as aggressive, you could turn it down to 10. The MediaTrak feature gives you a reference point to set the machine to,” says Rennerfeldt. “You can tell someone who has never used the machine before to set it to a number every day and you’ll be both accurate and repeatable in terms of media consumption. That’s huge for a contractor.”

Ease Of Use Vs. Dry Blasting

Above all, Rennerfeldt’s team wanted to make the EcoQuip 2 Vapor Abrasive blasting system as easy to use as a dry blaster. “We wanted it to land on the job site and have people to be able to use it from the get-go, with minimal training.” A problem common to similar wet abrasive blasting systems is the need to manually adjust the pot pressure higher than the blast air pressure. In the event of a change in blast pressure, the pot pressure must be reset. With the EcoQuip 2 system, Graco made things easier by fixing the pot pressure at 185 psi (12.8 bar) so that it will always be higher than the blast air pressure. “You can change your blast pressure anytime and you never have to reset your pot pressure. No in-field adjustments are required, just consistent blast performance.”

“Our focus has always been to create a product that has better performance and is easy to use,” says Rennerfeldt. “The only settings that the customer has to worry about are the blast pressure and the media flow – just like a dry blaster; but the way we set the media flow is much more precise (than dry blasting), which typically correlates to a lot less media usage.”

As the surface preparation industry moves to adopt wet methods of dust suppression, EcoQuip 2 Vapor Abrasive Blast Equipment is entering the market at a fortuitous moment. While contractors who blast sporadically can get by with a water injection nozzle, power users who blast daily with an EcoQuip 2 Vapor Abrasive blast unit can see significant savings in abrasive costs and labor costs due to reduced containment and clean-up.

Want to learn how much you can save by switching to EcoQuip 2 vapor abrasive blast equipment? You’ll use less water and less media, all while reducing the amount of dust created by up to 92%. In addition, EcoQuip 2 gives you precise control over media usage and blast pressure, allowing you to maximize productivity and increase your profit potential. 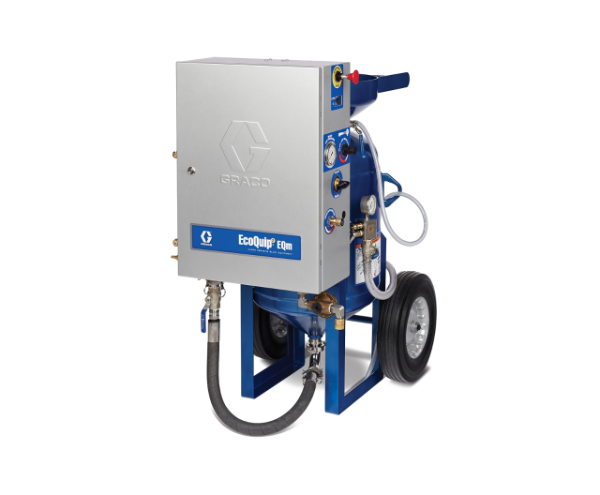 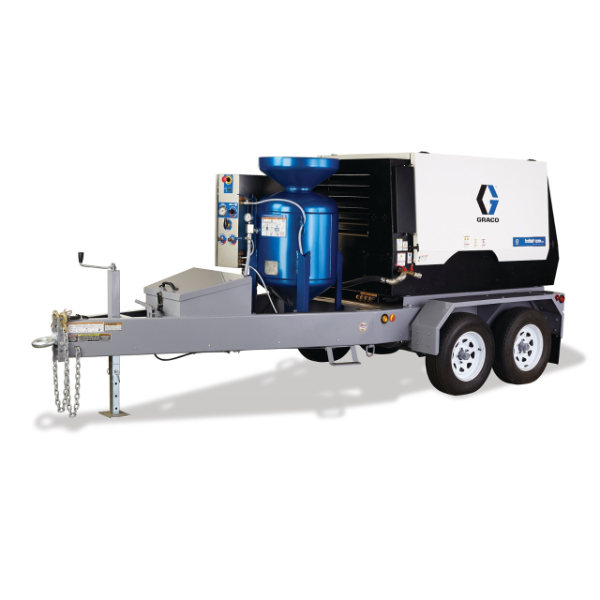 What is Wet / Vapor Abrasive Blasting

Learn about wet / vapor abrasive blasting and how it's different than other methods, such as dry blasting and wet blasting.

We'll help you choose the right product for your job.